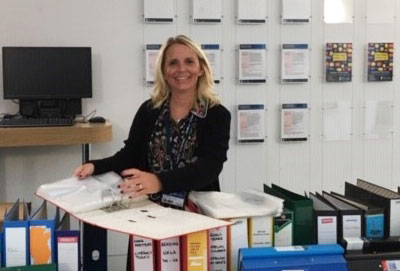 Rachel Roberts is the Sustainability Engagement Manager at Cardiff Metropolitan University.  She tirelessly (as a team of one!) promotes sustainability and environmental awareness on campus throughout the academic year.  Rachel is involved in planning and arranging events that are inclusive of students (across all campuses), local businesses and the local community that promote the University’s sustainable aspirations for environmental efficiency, social responsibility and the health and well being of all.  Rachel is also responsible for all aspects relating to the Environmental Management System in place at the University and is guest lecturer and mentor to students (in studies relating to her subject field).

Creating an environment where the Well-Being of Future Generations Act is brought into University student way of life is Rachel’s driving force.  She is passionate about raising awareness on issues that not only support the University’s aspirations to become a leading Healthy University but will primarily benefit students as they transition into the working world.  In particular, Rachels Go Green initiative draws on student volunteers to support all manner of environmental drives on campus (such as book recycling/swapping, her contribution to the Smalls for All initiative and raising awareness of student waste and recycling initiatives during term times).

During campus Community Days, local businesses are invited to sell their goods (everything from cakes to local honey) to students as well as visitors from the local area.  She has initiated free student bike MOT’s as well as security marking (alongside promoting healthier travel options to campus), actively promotes plastic reduction across both campuses, encourages involvement in the campus community garden and was fundamental in bringing the Too Good To Go initiative to students alongside the Catering & Hospitality Manager (offering food for sale at reduced prices rather than removing to waste).  Each term, Rachel organises free sustainability workshops for staff and students that teach skills such as making homemade soap and creating willow fencing; taster sessions designed to entice greener living.

Two of Rachel’s most recent contributions to University student life are her involvement in the introduction of Next Bike with the Travel Plan Manager to all campuses (September 2018) which promotes bike sharing across the city of Cardiff as well as her partnership with Keep Wales Tidy to reduce single-use coffee cups.  Rachel has been instrumental in increasing the number of staff and students who now bring their own re-useable coffee cups and water bottles to campus (as well as more recently, the introduction of re-useable food containers).  Furthermore, as an added skill beyond academic studies, Rachel has facilitated professional accreditation and training for students who wish to gain experience as internal environmental auditors (under her guidance and support).

Although it is recognised that these accolades rely on many members of staff and students across the University to succeed, it is through Rachel’s generosity, encouragement and tireless promotion that students will graduate with a changed attitude towards choosing healthier ways of living.  These attributes are invaluable as they progress through their future careers and raise families of their own.  Without her continued efforts, it is unlikely that many of these initiatives would come to the attention of the thousands of students (and staff!) that arrive at Cardiff Metropolitan University campus every year.   In essence, to continue to promote, protect and sustain the well-being of all our future generations, we all need to be a bit more Rachel. 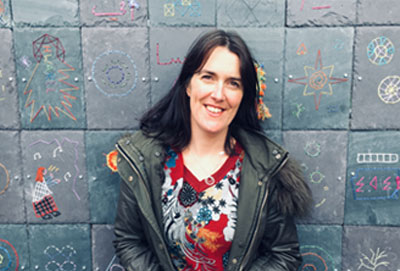 During the last four years, Meleri has managed large scale projects including the Ogwen office and Siop Ogwen community craft shop and the community asset transfer of Bethesda library however, Meleri’s major achievement during this period was leading on the development of Ynni Ogwen community hydro scheme. During the developmental stage, Meleri was the only person working on the hydro in a paid capacity but always went above and beyond her working hours. Working with a team of volunteers, she ensured that Ynni Ogwen developed into one of Wales’ community energy success stories and the community benefit society has won a number of awards for its community engagement.  She is now a voluntary Director of Ynni Ogwen and is working on a new 100KW community solar project called Heuldro Ogwen.

She loves Wales, the Welsh language and her local community and is a voluntary director of Neuadd Ogwen Community Arts venue and volunteers at ‘Sesiwn Siarad’ sessions for Welsh learners. She strives to make this place a better one for everyone here. She is inclusive, thoughtful, hard working and imaginative in her approach and will fight for what she believes is right.

Meleri can often be found in the office late into the evening all whilst raising three young children; she can often be found sitting in the office furiously typing a grant application whilst bouncing a baby on her lap. She has accomplished a huge amount in developing large scale environmental projects despite having no environmental background. Her expertise is community development and working with people at all levels to help create a more healthy, vibrant and sustainable community in Dyffryn Ogwen.

Meleri is always thinking of new ways to do things with regards to community energy, and agonises to make sure that all opportunities are found and achieved. She is a passionate advocate for social enterprises and the community energy sector in Wales and often speaks at numerous events from the local Young Farmers Club to IWA or Msparc presentations. Under her leadership, Partneriaeth Ogwen has grown into a renowned social enterprise and has been featured in the Building Communities Trust ‘Local Economies’ Manifesto. For every £1 invested in Partneriaeth Ogwen between 2014 and 2017, the social return on investment was £4.71 and without her perseverance and hard work, major projects like Ynni Ogwen, would not have happened. Her influence and expertise has been the catalyst and starter for many projects, and she is always happy to lend an ear and share her knowledge in the area.

In particular her ability to raise £459,000 capital in two months for a 100KW Community owned hydro scheme has inspired many people and demonstrated how keen people are to invest in projects they believe in!

Since beginning her work Mel at Partneriaeth Ogwen in 2014, she has led on the following initiatives:

She is also working in partnership with numerous environmental organisations locally to develop the ‘Dyffryn Gwyrdd’ vision which brings together economic, environmental, social and cultural sustainability action together. The new Dyffryn Gwyrdd partnership has just submitted a 500k bid to the Rural Lottery to tackle fuel poverty, transport poverty and rural isolation through environmental action. Even if this bid is not successful, Meleri has a clear vision of bringing the community together to collectively tackle climate change. 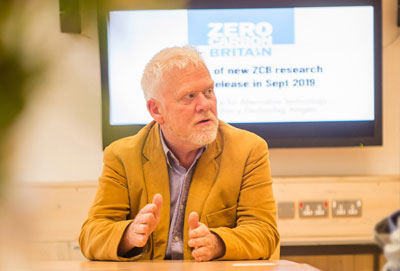 Paul Allen joined the Centre for Alternative Technology (CAT) in 1988, developing a wide range of renewable energy systems including solar medical systems for use overseas. Since 2007 Paul has lead the ground-breaking Zero Carbon Britain research at CAT; liaising directly with Government, business, public sector and the arts. During that time he has led on the publication of several influential publications regarding sustainability, delivered and supported zero carbon training to numerous bodies and communities across Wales and the rest of the UK.

Paul Allen has been a leading light across Wales for his work in sustainability for over 30 years, most recently through his leadership of CAT’s Zero Carbon Britain initiative which he’s guided since 2007. Rather than just highlighting the scale and impacts of climate change, Paul has worked tirelessly to bring about long term, active and positive responses to what is now termed the ‘climate emergency’. His range of engagement has stretched from attending United Nations international meetings such as CoP23 in Bonn, to delivering school assemblies in Machynlleth. His work embraced the principles of the Well-being and Future Generations Act long before it was enshrined in law, including its proposed working practices. Examples of the ways that Paul has worked to embed sustainability across Wales include:

Consideration of long term Impact: The publications that Paul has contributed to since 1997 and led since 2007, have outlined practical, social, cultural and technical solutions required to deliver a Zero Carbon Britain. These publications have provided a foundation for actions to meet the sustainability goals in Wales and the rest of the UK in line with the future timescales advocated by internationally recognised reports and findings.

Integration with future strategies and collaboration: Paul’s work has always considered the difficult decisions that need to be taken for sustainability by local communities, households, industries (eg agriculture and energy) transition town movements, and national and regional government to deliver the zero carbon target. However, Paul’s approach has considered that if these sectors work in silos there will be opportunity costs, and the targets could be missed. Therefore Paul has constantly worked to bring these diverse groups together within a supportive collaborative space to explore synergisms in attitude and approach, bringing together academia, finance, activists, charities, farmers groups, volunteers, media and government officials so that strategies can be tailored to meet common future carbon emission targets.

Paul has delivered numerous publications, videos, public events, press statements that demonstrate his activities in the areas of sustainability and supporting communities in Wales and beyond. The links below are just a selection of the impacts that Paul has delivered over a career stretching over 30 years.

The recent key publications that Paul has delivered on are:

Paul’s Zero Carbon Britain courses are offered for over 5 years on a regular basis at CAT, attendance at each event typically exceeds 25 students.

Recently Paul has worked with and supported many organisations in declaring climate emergencies and creating climate action plans including supporting Machynlleth as being the first council in the UK to declare a climate emergency.