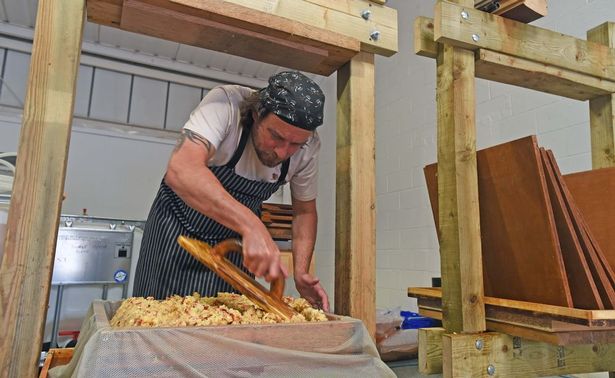 The Anglesey Cider Project was created to make use of many apples on Anglesey that were going to waste each year. A plea went out via social media in September 2016 asking the people of Anglesey to donate their unwanted fruit in exchange for an allocation of cider the following spring. An encouraging response enabled the launch of Jaspels Anglesey Craft Cider as a brand in June 2017. Its logo was inspired by collecting apples from many red squirrel conservation areas on Anglesey.

Jaspels encourages the planting of orchards and its aim is to grow Welsh Heritage apple trees across Anglesey.  Its waste apple pomace is given to pig farmers and to Pennotec, a local business, for food research development.  It produces its craft cider using traditional methods and a handmade wooden press and holds demonstration days and a visitor facility boosting tourism in the North of Anglesey.

In 2018 it increased volume as it had five times as many donors and has since secured more apples using supermarket rejects. In 15 months it has developed into a recognisable drinks producer in North Wales and has recently added the slogan ‘less waste more taste’ to its products.